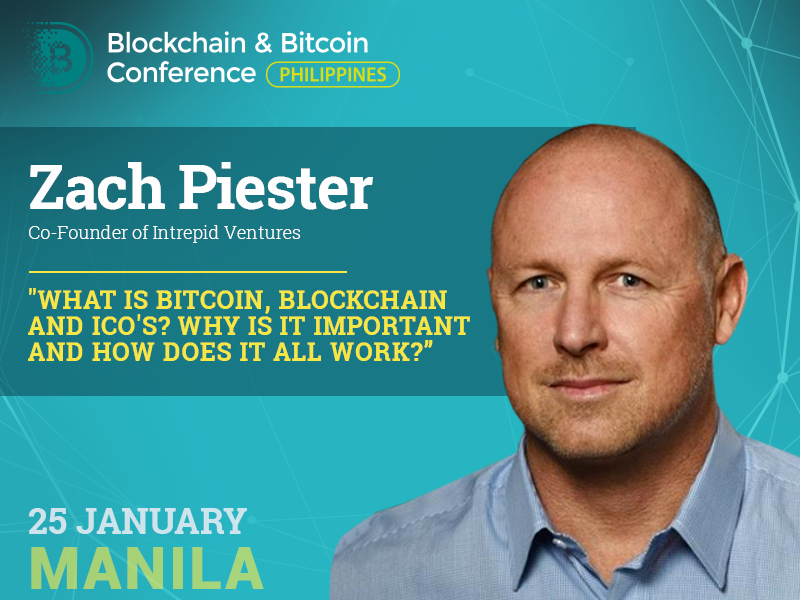 The upcoming Smile-Expo event is the first Blockchain conference in the country, and having one of Singapore’s major investors in emerging technologies is another reason not to miss the event.

Piester: What is Bitcoin, Blockchain and ICO’s?

Piester’s program titled ‘What is Bitcoin, Blockchain and ICO’s? Why is it important and how does it all work?’ essentially talk about the basics of blockchain technology and the difference in cryptocurrencies, among others.

The most important part of the program is where Piester will answer the important questions that are floating inside and outside the cryptocurrency scene. He will answer whether Blockchain technology can transform the internet as well as the global economy or if the tech is simply a fad of today.

Piester will also cover the basics of Initial Coin Offering (ICO) as well as other similar investment projects. ICOs are a rising trend in the cryptocurrency that is also making headway among people who are not familiar with blockchain technology. He will also answer the question as to whether anyone should invest in an ICO or not in his program.

Zach Piester is the Co-founder and Chief Development Officer of Intrepid Venture, company that focuses on designing and creating Blockchain powered companies. Piester is also one of Singapore’s major investor and is an evangelist for the cryptocurrency.

Habiletechnologies lists Piester as one of its Top 50 most influential FinTech experts in Singapore. Apart from cryptocurrency, Piester is passionate about FinTech, InsurTech, and any emerging technology companies in Asia. He will invest in these technological ventures in its earliest stage.

Piester has helped Fortune 500 companies to leverage the innovation of startup disruptors within FinTech, distributed ledger, Blockchain, and other emerging technologies. He has also provided seminars on how to maximize profits in Blockchain projects and ICO tokens investment.

The 17th Guru Blockchain Forum will be on March 17 in Saint Petersburg, Russia at the Holiday Inn Moscow. Experts will lead talks about blockchain and more.

The 2019 edition of the Malta AI & Blockchain Summit is happening in May. Some of the key speakers of the upcoming event are Sophia the Robot and Roger Ver.

UNLOCK Blockchain forum ended with announcements from du, UNLOCK, and other governmental representatives. The event had 350 attendees and 58 speakers.

Twitch Gamer Receives US$74,000 Worth of Bitcoin

Twitch gamer Sick_Nerd received an anonymous donation of 20 Bitcoins from one of his viewers during his Old School RuneScape stream last January 11.

UNLOCK Blockchain Forum 2019 will happen on January 15-16 in Dubai, UAE. Osman Sultan, Chief Executive Officer of EITC, will be one of the event's speakers.