The Potential of Bitcoin in 2015 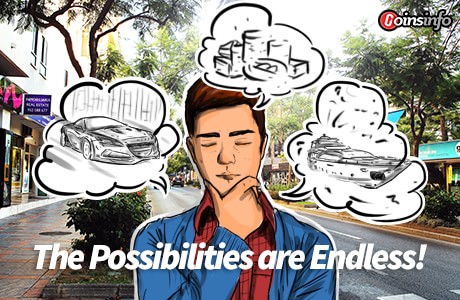 2014 was an interesting year for bitcoins. There were both ups and downs. There were good times and there were moments of utter shock. The possibilities and risks were both paramount, but the positivity of the Bitcoin community prevailed, enabling Bitcoin enthusiasts to invest in several startups, particularly in internet gambling, and entrust their funds to Bitcoin exchanges and finance services.

The market continued to expand and the growing need for merchants to accept bitcoins as an alternative payment also became more apparent. Progress was made in terms of furthering adoption as huge companies such as Microsoft and Dell just started accepting bitcoins as payment.

Thus, Bitcoin’s usage has a good chance of being catapulted into the mainstream since some big companies have just decided to integrate this cryptocurrency into their brands. Something like this usually entails others to follow. After all, nobody wants to be left behind when innovations like that of Bitcoin is up for grabs.

Basically, these reasons can be enough to conclude that Bitcoin’s potential will be more realized in 2015, although there are other factors to consider – the volatile prices, for one.

Bitcoin’s volatility can be seen as one of the reasons why its stability cycle isn’t yet complete. However, it also offers glorious opportunities for spectators as low prices encourage consumers to do prolific buying.

There are talks of a possible consolidation of Bitcoin exchanges as a result of the continuous decrease in Bitcoin’s value, but it’s just one of the multiple other possibilities. It is made complex by the recent security compromises of some Bitcoin exchanges such as Bitstamp.

However, the volume of trading last year increased by more than 50% with the fourth quarter seeing a $130 million worth of new venture capital investment in Bitcoin startups. Since 2012, Bitcoin startups have generated a total of $433 million, the 77% produced by 2014 alone.

Setting to surpass the venture capital investments made in 2014, 2015 is anticipated to be a better year for Bitcoin profitability as Coindesk predicted that the number of merchants that will accept bitcoins this year will increase up to 140,000. That’s says a lot considering of Bitcoin’s unstable value, which means that more and more people will be emboldened to follow Bitcoin’s growing usage, which already has an extensive reach in many parts of the world.

Australia, for instance, has just ruled out Bitcoin as a currency, and thus, declared its necessity to impose taxes. The state of California, already known for being Bitcoin-friendly, has just passed the amendment legalizing bitcoins in the legislative level. Though the acceptance of bitcoins in the mainstream global society seems bleak for some, it is currently a work in progress, and the decisions of some states and countries in accepting it may have a significant influence on others to do the same.  2015 will be a great year for bitcoins, no doubt about that, but its worldwide acceptance is what will ensure it stays in the business for good.

The 17th Guru Blockchain Forum will be on March 17 in Saint Petersburg, Russia at the Holiday Inn Moscow. Experts will lead talks about blockchain and more.

The 2019 edition of the Malta AI & Blockchain Summit is happening in May. Some of the key speakers of the upcoming event are Sophia the Robot and Roger Ver.

UNLOCK Blockchain forum ended with announcements from du, UNLOCK, and other governmental representatives. The event had 350 attendees and 58 speakers.

Twitch Gamer Receives US$74,000 Worth of Bitcoin

Twitch gamer Sick_Nerd received an anonymous donation of 20 Bitcoins from one of his viewers during his Old School RuneScape stream last January 11.

UNLOCK Blockchain Forum 2019 will happen on January 15-16 in Dubai, UAE. Osman Sultan, Chief Executive Officer of EITC, will be one of the event's speakers.